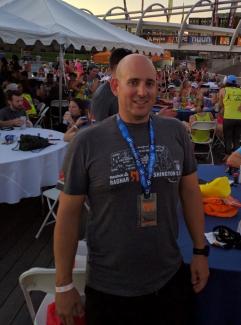 About Stephen: Stephen began running in 2011 after a friend convinced him to  sign up for a 5K mud run. This first exposure to running was slow and painful, but after a few false starts, the running bug finally took hold a few years later. Since then, he has gone on to complete numerous 5Ks, 10Ks, half marathons, and triathlons. In addition to road running, Stephen enjoys trail running and biking.

Favorite Race Medal: The second place medal from my one and only podium finish at the Jamestown Triathlon